By Martha Suarez, President of the DSA 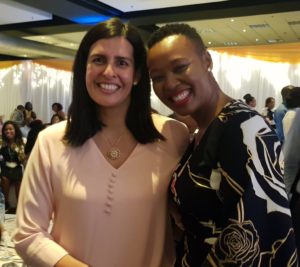 As the DSA looks to further promote the integral role that spectrum sharing technology plays in connecting those in underserved or unconnected areas to the internet, I am thrilled to announce that the DSA is strengthening its presence in the regional spectrum groups and has joined the Inter-American Telecommunication Commission (CITEL) and attended the final African Preparatory Meeting (APM) for World Radiocommunication Conference WRC-19 of the African Telecommunications Union (ATU).

CITEL is an entity of the Organization of American States and serves as the Organization’s leading advisory body in all telecommunications matters in the Hemisphere. CITEL’s primary focus is to facilitate and promote the integral and sustainable development of innovative and reliable telecommunications in the Americas. The DSA’s key messages align with those of CITEL’s and we are looking forward to working closely together as the industry looks to utilise spectrum sharing to enable next-generation technologies.

DSA has joined the Permanent Consultative Committee II (PCCII) that promotes debate and regional cooperation on issues related to the planning, coordination, harmonization, and efficient use of the radio spectrum.

Last month, I attended the 34 Meeting of PCCII from 12th-16th August in Ottawa, Canada. CITEL meetings host delegates from all administrations of the OAS and the delegates are spectrum experts so I had the opportunity to meet with many delegations and share with them the importance of spectrum sharing.

Moreover, last week, I also attended the final APM for WRC-19 in East London, South Africa. It was great to meet many regulators from Africa for the first-time to discuss their vision for the future of spectrum.

In CITEL and ATU, I had the opportunity to present to the delegates the DSA vision for different technologies. One of them is the next generation of Wi-Fi – Wi-Fi 6 – that can make use of wide channels to provide wireless gigabit broadband inside homes and buildings. Wi-Fi 6 also promises to provide immersive experiences delivered through peripherals and will allow gigabit class networks to be deployed in rural and suburban environments. Regulators could avoid a Wi-Fi spectrum crunch by facilitating license-exempt access to the 6 GHz band (5925 –7125 MHz), helping to realize the full potential of Wi-Fi 6.

Wi-Fi is used so broadly today and in many places such as Latin America and Africa it is the only option for many people to access Internet. DSA advocates to maintain the technology neutrality of the 6 GHz band because the existing co-primary mobile allocation allows users to employ technologies that best meet their requirements, whether they are IEEE-based, 3GPP-based, or something entirely new.

The DSA exists to expand dynamic and opportunistic access to unused radio spectrum and it is our constant communication with regulators and government stakeholders that allow us to take positive steps towards this. With the support of CITEL and ATU and through attending regional meetings and working closely with the spectrum experts, we are looking forward to ensuring more and more people access the benefits that come from connectivity through spectrum harmonization.

Later this year, the World Radiocommunication Conference (WRC) will take place in Sharm El-Sheikh in Egypt. Held every three to four years, it is the job of the WRC to review or revise the Radio Regulations, the international treaty governing the use of the radio-frequency spectrum and the geostationary-satellite and non-geostationary satellite orbits. This year, there are a wide range of topics that comprise the agenda and the DSA is looking forward to promoting the importance of maintaining technological neutrality in the 6 GHz band for the future.

To stay up to date with the DSA’s activities worldwide, make sure you are following us on Twitter, Facebook and LinkedIn.