Spectrum sharing has had a huge positive impact on society and the economy in Colombia. It has created a virtuous ecosystem of innovation and entrepreneurship in which the possibility to access spectrum for free and without a license, or be able to use the spectrum under certain regulatory framework at very low prices, has made viable new business models and created new ways to exchange products and services. 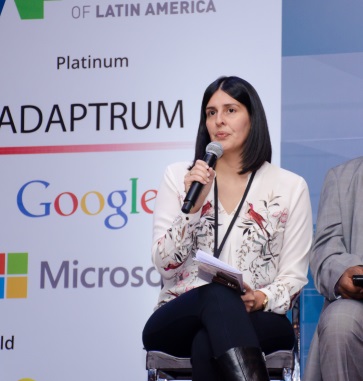 The most visible example of these virtuous ecosystems have been the bands that have been allocated for the use of Wi-Fi networks. The national spectrum agency has been studying different mechanisms of dynamic and sharing of spectrum to promote innovation, support the growth of the digital economy and reduce the digital divide following what it is promoted by “Plan Vive Digital para la gente” (Colombia’s broadband national plan).

During the past year, the government of Colombia has been performing technical testing and trials of fixed broadband equipment, operating in the white spaces of the UHF band which is currently allocated for TV broadcasting; Colombia adopted the DVB-T2 standard in a 6MHz channel. The aim of these tests were to enlarge the offer of broadband solutions in remote locations of the country, where today, there is no internet connection for either fixed or mobile.

The pilot trials have found that broadband solutions operating in white spaces of the UHF band allocated for TV broadcasting could work properly without causing harmful interference to TV broadcasting receptors in remote country areas, by following certain operating conditions.

Other pilot tests have been focused on bringing connectivity to schools located in remote rural areas who have never had internet connection due the difficulties of the terrain. It’s really exciting to see how with the implementation of alternative solutions like this, it is possible to connect remote rural schools with the world, enhancing learning and enlarging the dreams of their students.