The real impact of technological innovation is often not felt until long after market introduction – particularly in emerging markets. 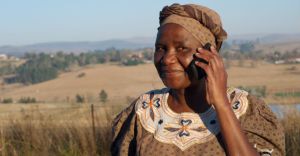 Take the launch of the first mobile networks in sub-Saharan Africa in 1994 for example: the impact of affordable access granted by mobile technology was not felt until more than ten years later. We are at a similar juncture today with fibre optic technology. The first high-capacity, Open Access, undersea cable to reach countries in sub-Saharan Africa was launched in July 2009 with little fanfare. Today, more than a dozen undersea cables encircle the continent offering many terabits of digital capacity. The arrival of both capacity and competition on the shores of African countries has triggered a wave of investment in terrestrial fibre optic infrastructure to the point that virtually every African nation has at least one – and many have several – fibre-optic backbone connected to those undersea cables.

While much of the investment in fibre optic infrastructure has been spurred by the need to provide better, faster and cheaper backhaul for mobile networks, it also created an enabling environment for complementary last-mile solutions – a positive side effect for all.  Previously, the cost of building a communication access network involved solving an array of expensive problems, from international backhaul, to national network access, middle and last mile challenges, as well as the diffusion and maintenance of access devices.  Now, with the advent of local availability of Open Access fibre networks in primary and secondary cities in sub-Saharan Africa, new opportunities have opened up for access providers.

This year has seen an explosion of non-mobile last-mile initiatives launched across the continent, from metropolitan WiFi networks, to TV White Space initiatives and Fibre To The Home (FTTH).  Over the past year, eleven African countries announced major WiFi access initiatives, some in urban areas and townships like Project Isizwe in South Africa and Argon Telecom in Kenya, and some nationwide initiatives, such as in Mauritius and the Seychelles.

Newer access technologies like TV White Spaces also saw growth in 2015 with new pilots in Mozambique, Botswana, Mauritius, and Morocco. But perhaps the most interesting news was from Mawingu, a Kenyan TV White Space startup that began as a pilot in 2013, but last year, announced that it was negotiating a loan of four million dollars from the Overseas Private Investment Corporation (OPIC) to expand its network.

Finally, Fibre To The Home (FTTH) also took off in 2015, with six African countries announcing FTTH initiatives.  South Africa stands out with multiple FTTH initiatives ranging from community-led projects such as Parkhurst in Johannesburg to business roll-outs from all the major operators.

All of this is great news for the evolution of affordable access as fibre networks open up the market for both technological and business-model innovation in the last mile.  A more comprehensive review of African telecommunications infrastructure developments in 2015 can be found at https://manypossibilities.net/2016/01/africa-telecoms-infrastructure-in-2015/